Carlos Humberto Tejeda recently began production in Las Cruces, New Mexico for an interesting television series pilot with a puppet as the main character. PRC Productions is producing the project in their green screen studio located in the Arrowhead Center at New Mexico State University. Carlos recently graduated from the Creative Media Institute at NMSU with an emphasis in animation. Roughly 60% of the project will be animated.

We had the opportunity to drop by the set and were met by an interesting character, Mr. Twinkle Bottom. Mr. Twinkle Bottom is a custom puppet that was created in Juarez, Mexico. From what we saw on set, this hilarious production will be geared towards an audience similar to Adult Swim. The wardrobe for the live action characters also had us in tears.

Carlos will be headed to Los Angeles at the end of the month for an animation conference. He has hopes to spark interest in the project with a short teaser he plans on bringing to the conference. Best of luck Carlos!

Also, be sure to keep an eye out on PRC Productions as they have some more interesting film/tv productions coming your way soon! 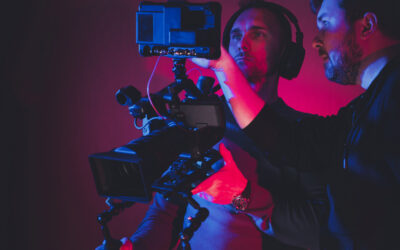 How To Welcome The Film Industry To Las Cruces