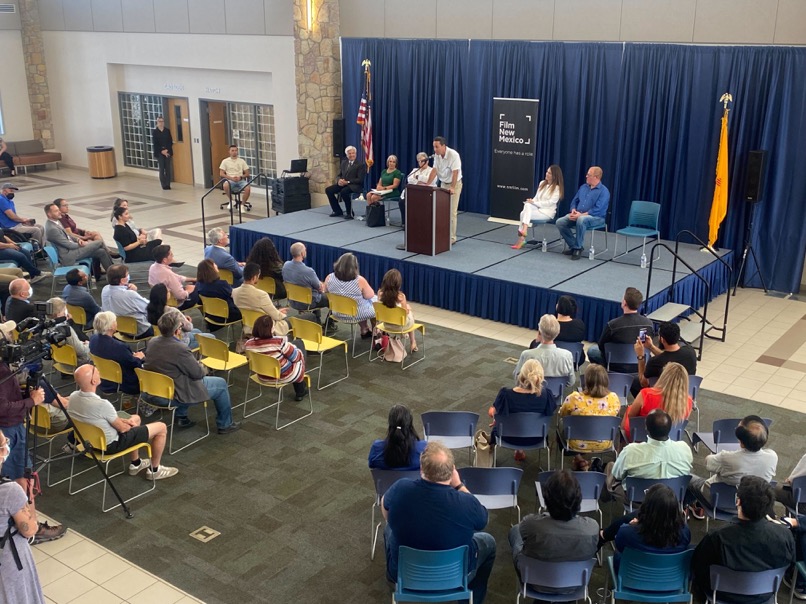 The Media Academy is a priority initiative for Gov. Lujan Grisham, who has identified film and television production as a priority industry in the state to create higher paying jobs and diversify the economy. The Next Generation Academy will be a certificate program that fast tracks people into in-demand jobs with high-level training and on set paid apprenticeships. The Las Cruces facility will coordinate film, television, and media into a core bilingual curriculum and will have a one-of-a-kind program that teaches high school and college instructors about the industry.

“This administration’s investments in the film and television industry have continuously paid off, as evidenced by last year’s record $855 million in film spending in New Mexico,” said Gov. Lujan Grisham. “I will continue to do everything we can to get and grow those industry dollars and jobs right here in New Mexico. Partnerships and projects like the New Mexico media academies are how we continue the growth of film and TV production – and with the New Mexico Opportunity Scholarship, this workforce training will be free to New Mexicans.”

The governor made the announcement Tuesday afternoon at the Doña Ana Community College East Mesa Campus with academic and community leaders.

The Next Generation Media Academy is supported with a total appropriation of $40 million secured by Gov. Lujan Grisham in the 2022 legislative session. With a hub in Albuquerque, and at least one branch to be located in Las Cruces, the film academy will be the epicenter for film, television and digital media training and job competencies. The Academy is a partnership between the New Mexico Economic Development Department, the Higher Education Department, the International Alliance of Theatrical Stage Employees, and the New Mexico film partnerships established by 2019’s Senate Bill 2, Netflix and NBCUniversal.

Fifteen New Mexico post-secondary film and media programs and institutions have already agreed on a core curriculum for students.

“I’m thrilled to have Las Cruces become the southern New Mexico home for the Next Generation Media Academy,” said state Senator Jeff Steinborn, President of Film Las Cruces. “We appreciate the Governor and Legislature making this important investment to help our community and others create good film training and jobs.”

“The creation of this Next Generation Media Academy, and its satellite location in Las Cruces, represents a tremendous investment in the state’s film and digital media workforce,” said NMSU Chancellor Dan Arvizu. “We’re delighted that Doña Ana Community College and the New Mexico State University System can be a part of this effort that will have a significant economic impact on our state.”

Direct spending from film and television productions hit a record high of $855 million in the most recent fiscal year, a 36% increase over fiscal year 2021. Spending in rural communities outside of the Albuquerque-Santa Fe corridor has also exploded due to added incentives championed by the governor. Direct spending grew from $6.5 million in fiscal year 2021 to $50 million last year. The academy is anticipated to open to students in 2023.

“Thanks to the investments made by Gov. Michelle Lujan Grisham, the Economic Development Department, and partners across the state, New Mexico is a top destination for film production and careers in the media industry,” said Higher Education Department Secretary Stephanie M. Rodriguez. “The Next Generation Media Academy leverages the high-quality career education provided by our state’s public colleges and universities to grow our own talent right here at home and make these exciting careers accessible to New Mexicans in their own communities.”

“The Next Generation Media Academy is a result of our close partnerships with the media industry and with those who teach these skills,” Economic Development Cabinet Secretary Alicia J. Keyes said. “We all share the same goal: getting New Mexicans into higher-paying jobs and growing the industry so we can develop steady, year-round employment for our professionals and students who want to work in the film and media industry and remain in New Mexico to build a career and raise a family.”

“Under Gov. Lujan Grisham’s steady leadership, New Mexico has become an innovative and well-regarded destination for film and television productions,” Film Office Director Amber Dodson said. “We continue to see more and more interest in the state as a place not just to produce content, but as an affordable and tolerant state where film industry workers want to live. The film academy will open this industry and these exciting jobs to a new generation of skilled and diverse professionals.”

Both Albuquerque and Santa Fe  have consistently been named by MovieMaker magazine  as top cities for film professionals to live and work and New Mexico was  named a film production Hot Spot by Deadline magazine in 2020. 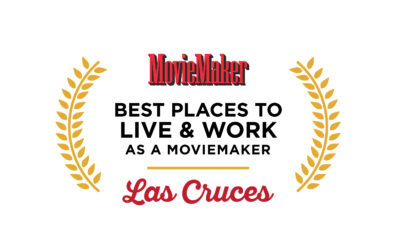